POLITICAL ECOLOGY UNDER A ROCKET'S TAIL

The faster the rocket reaches its orbit, the less fuel it will spend, the lighter it can be, the further it can go. As the globe is spinning, a spacecraft inherits the rotational speed, compounding the effect of the rocket thruster, and the Earth’s surface is spinning faster the closer it is to the Equator. Besides the distance from the equator, there are other economic and geographic variables that determine the location of a spaceport. Because of the risks associated with the launch operations, spaceports are placed in the areas sufficiently distant from large urbanized spaces.  At the same time, spaceports require a relative proximity of aerospace and high-tech industry, developed water/air/land infrastructure (seaport, airport, rail), and intellectual clusters and universities. The simultaneity of these two opposite conditions -- both uninhabited and highly developed, engenders a particular spatial condition and density.

One of the few places on Earth, which happened to have all of these features, is the complex of border islands located on the Atlantic coast of Florida. The specifics of the climate, geographic disconnection from the continent, and little human interference on the The Cape Canaveral Barrier Island complex resulted in the unrestricted natural habitat growth. These conditions resulted in a wide array of habitats, including a beach and dune system, estuarine waters, forested and non-forested wetlands, impounded wetlands and upland scrub and forests. The territory supports more than 500 species of fish and wildlife, including migratory species. Ten endangered species, acknowledged by the federal government, dwell in the refuge on a regular basis.

Coexistence of highly engineered machines, whose goal is rather to leave the Earth, and the earth-bound creatures, inhabiting massive “green” spaces between the launchpads and other spaceport facilities in this particular case can be seen as unintended consequence, an externality of political and fiscal dynamics. Paradoxically, this is, using Donna Haraway’s words, a habitat of multi-species assemblage. Rockets and birds share the space as it has the only conditions they can exist at a given moment. It is here at the Kennedy Space Center, among the Merritt Island Wildlife Refuge where the earthly “natural” is rigidly bound with the technological activity of human ambition. 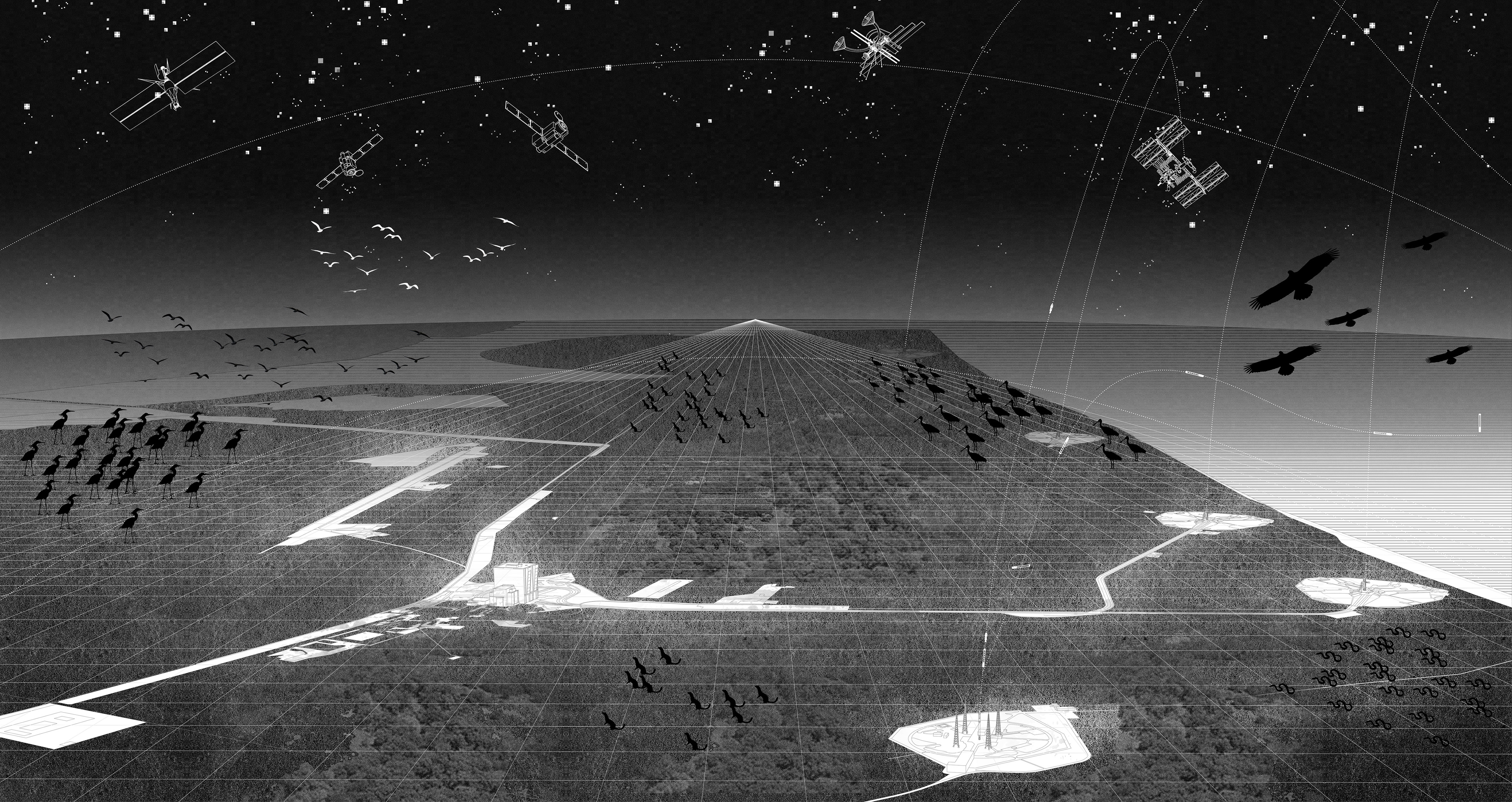 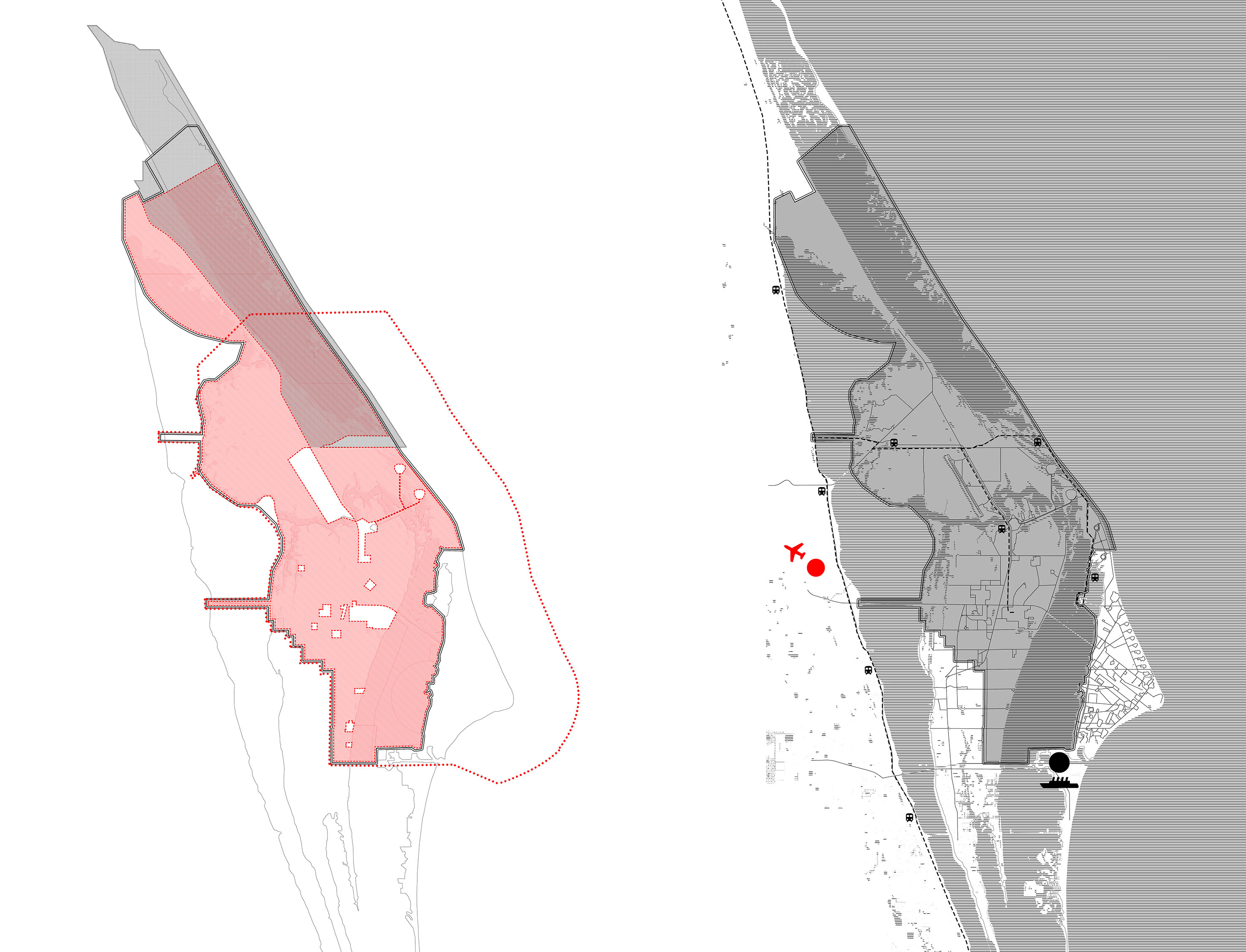 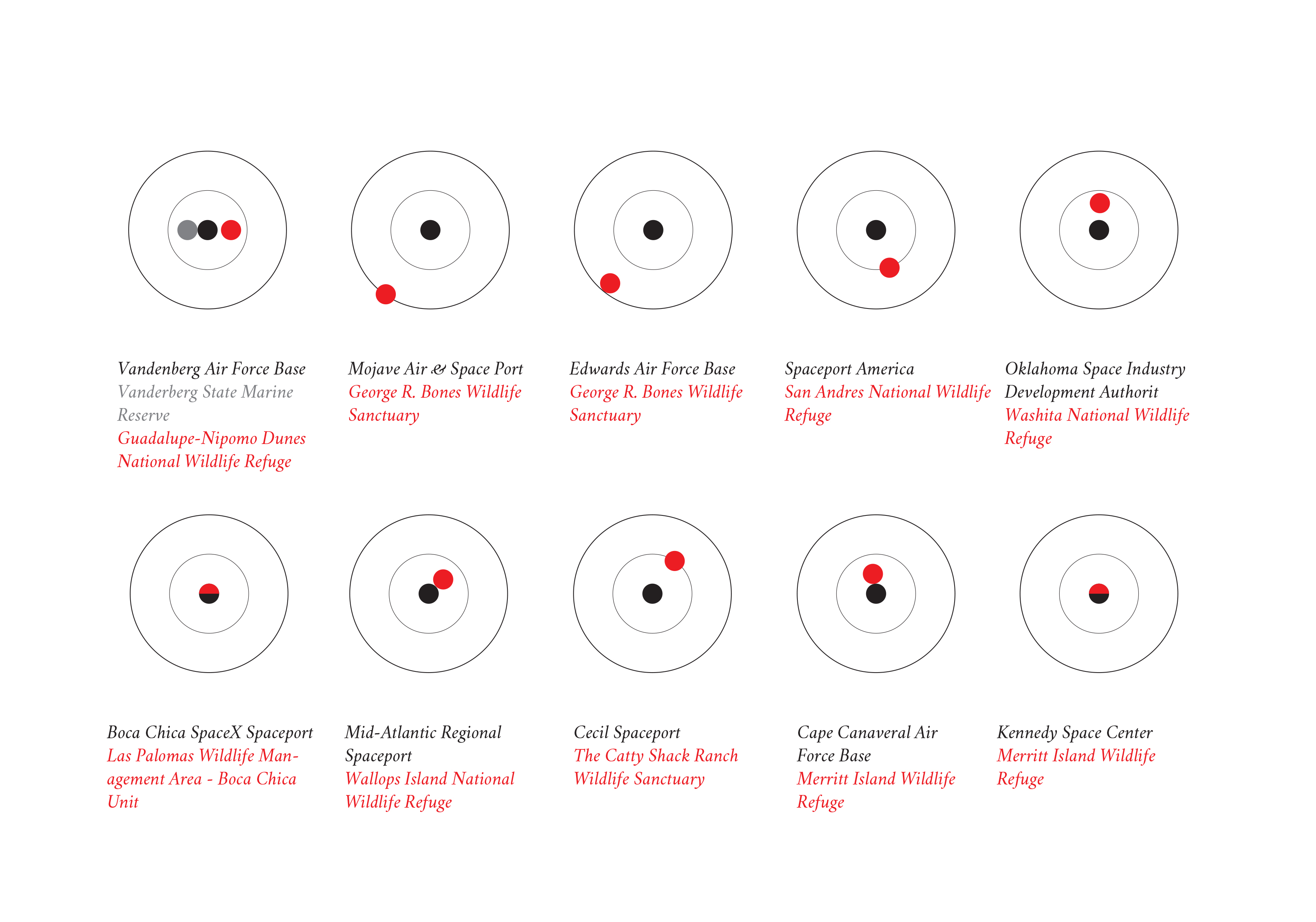